Well today is my last day on the road and it’s another long one from Marietta, OH to Phoenixville. I had a send off from a river barge as I was getting ready to leave. 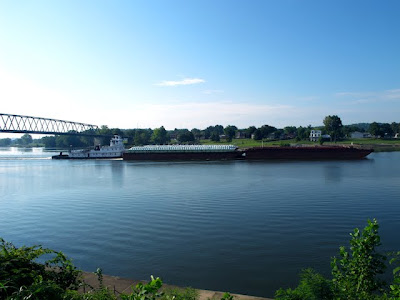 I got started at 8:30 and first thing decided to find somewhere for a big breakfast. A little ways outside of Marietta, in West Virginia I found the Omelet Shoppe.

This place looks like an old Waffle House, and they are always interesting, so I gave it a try.

Sure enough it has a menu just like a Waffle House and the same chaotic breakfast scene – one waitress waiting on about 20 or more patrons, a fry cook (or in the Waffle House terminology a Master Grill Operator) cooking up a half a dozen breakfast dishes and a dishwasher.

If it were still a Waffle House the cook would have been making waffles like mad, but since it is now the Omelet Shoppe the cook was making omelets like crazy.

I sat at the counter so I could take in all of the action. I sat next to a young kid (Mike) who seemed to be a regular and watched him flirt with the dishwasher (April), who was a cute young girl. Poor Mike – he was making absolutely no progress with his flirting and eventually left.

After finishing breakfast and having my fill of the entertainment I hit the road.

I promptly took a shower and went to bed. 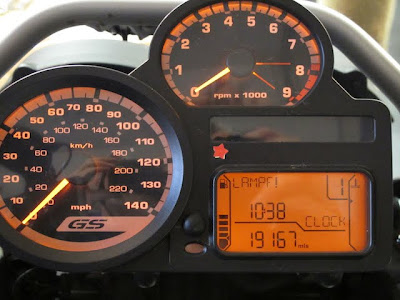 Email ThisBlogThis!Share to TwitterShare to FacebookShare to Pinterest
Labels: http://3.bp.blogspot.com/_-LZotL9zWjY/TFdY7frkIBI/AAAAAAAAAaw/wYbWXKxD6uA/s400/StartMilage.jpg