We had a great time at the Oak Park Inn, but now it was time to bid adieu and head back to the Blue Ridge Parkway.

On the way out of town we discovered these characters… 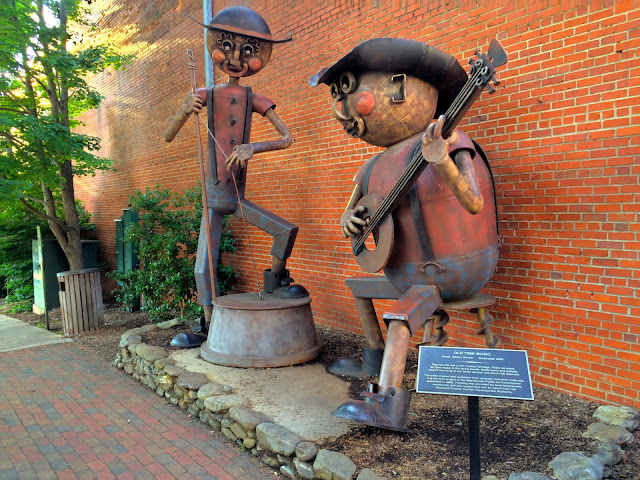 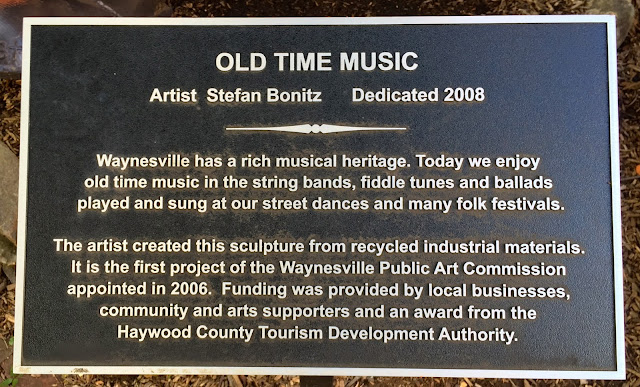 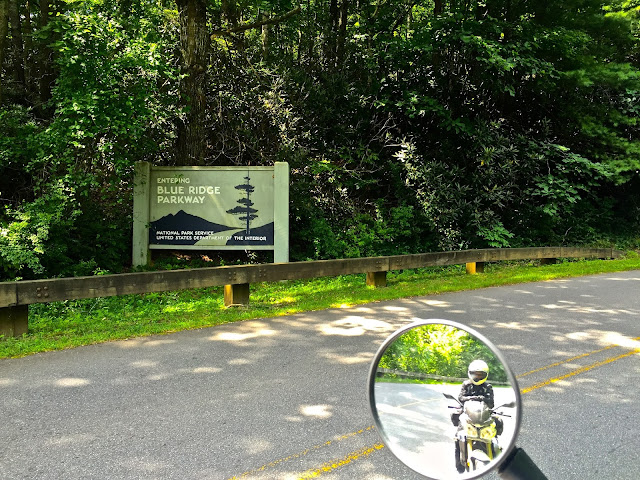 Back on the BRP, we found very little traffic and moved along at a brisk and not too over the speed limit pace.

At Black Mountains Overlook we ran across, what I called a Blue Ridge Parkway Butterfly (actually a Pipevine Butterfly) at a rest stop, who posed nicely for me. 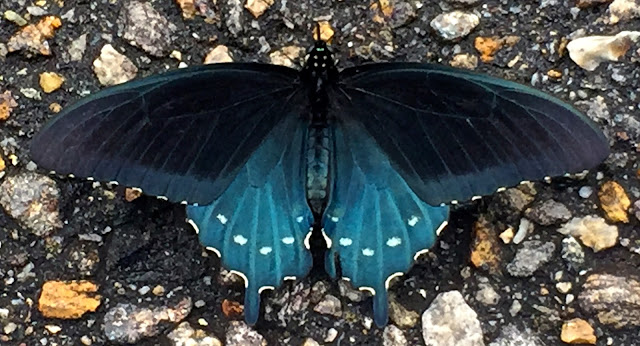 We stopped at the Linn Cove Viaduct for a look-see. It was completed in 1987 at a cost of $10 million and was the last section of the Blue Ridge Parkway to be finished. - See more at: Linn Cove Viaduct


Just outside of Ashville we stopped at the BRP Headquarters for a rest and a little walk around. 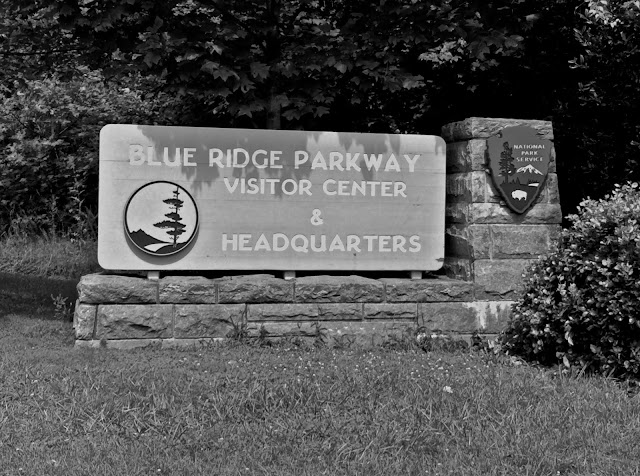 Biltmore or Bust – we Bust

We dropped down from the Parkway and into Ashville with intentions to visit The Biltmore Manson. Peace and calm gave way to big traffic and tourists once we entered the vicinity of The Biltmore. Thank God the entrance is just a short distance from the BRP.

Our plans changed quickly once we arrived however. There is a short, but idyllic winding road up to the “Buy Your Tickets Here” building. We parked and walked into the large ticket-buying place and were sort of stopped in our tracks. Tickets are $60 each… !!! All I wanted to see was the outside of the Manson and take a few pictures, but no – not possible. 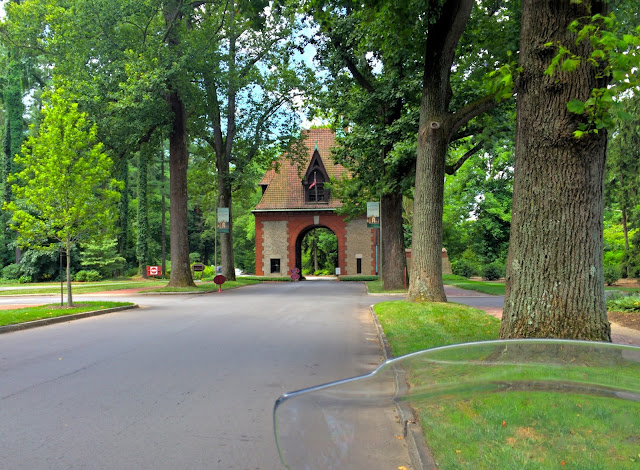 We headed back to the Parkway and enjoyed the remainder of the ride to Boone, NC.

We stopped for a lunch break of apples and almonds and ran into a Rolls Royce in the parking area, so we sat in front of it so people wouldn't think we were on the motorcycles....


The Dog and Christian Youth and Football Hotel

Our hotel in Boone was a typical chain hotel, but under renovation, but nevertheless fine. They handled the renovation mess pretty well and not inconvenient.

However, there was a big Christian Youth Group, along with a high school football team staying in the hotel as well. Mass chaos was underway with all of the excited youth. To add to our delight, the Hotel must be the only pet friendly hotel in the surrounding 100-mile radius. About one third of the guests had dogs, plus on guest who was walking around with a parakeet on her shoulder. It was all delightfully funny.