First order of business today is stopping in Bend at the Kinko’s FedEx office to ship home some clothes. Someday I’ll learn to not over-pack.
Once that was finished up I headed South West on the Dalles-California Highway (U.S. 97) and then onto OR 138 to Crater Lake. This is a pretty straight shot and not much of any interest until approaching the Lake. 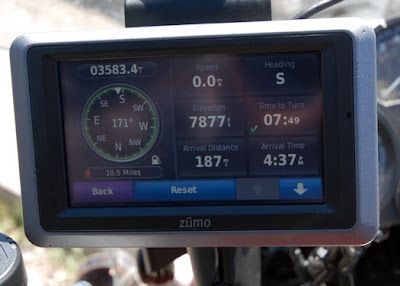 Crater lake is a National Park. Once you enter the park the road starts to climb pretty quickly, getting up to nearly 8,000 feet. 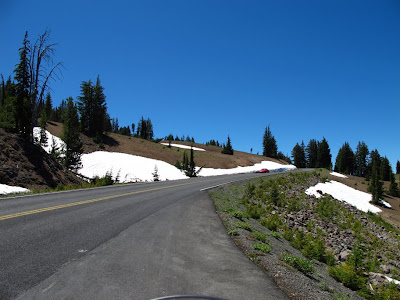 The next thing there is still snow on the roadside and on some the slopes. 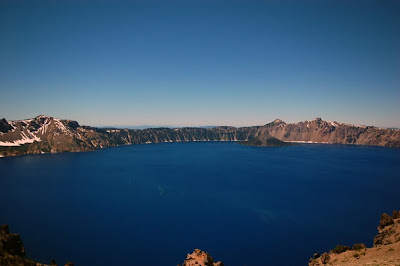 I took the road around the East rim ofthe crater. The first glimpse of the lake is right in your face – no fooling around. There are ample pull outs and View Points to see the lake. 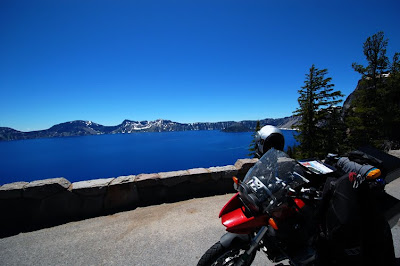 I stopped at Cloudcap Overlook, which is a high point to take pictures and ran into several BMW riders from PA – all from around home.
The road down from Cloudcap and the rim was twisty and fun, but I was running low on gas and started to try and figure out where I’d get some. Fortunately, at Munson Valley Village I found gas, so no need to call Triple A.
Leaving the Park, the road (OR 62) heads West for awhile and then turns South West towards the city of Rouge River. OR 62 is a nice fast road. 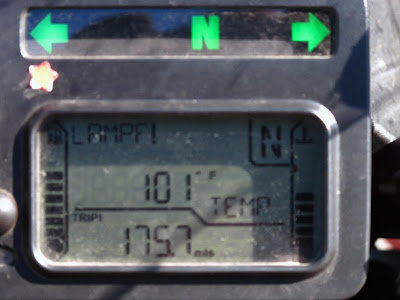 As the road descends into a valley the temperature starts to climb and as I passed through Sandy Cove, near Lost Creek Lake it hit 101 F.
The good news was I was heading to the Coast and a nice sea breeze. The bad news was I still had a couple of hours to go before I be climbing over the Coastal Mountains and drop down to the Pacific.
The way to the Coast put me on to OR 238 next. It more or less follows the Rouge River, so you cross over it several times. Somewhere around Grants Pass, OR I turn onto U.S. 199 and start up over the mountains.
The temperature starts to slowly go down and then more quickly as I head further South West. By the time I cross the OR – CA line it’s very pleasant.
U.S.199 meanders through Smiths River NRA (National Recreation Area - not the gun club). It’s heavily forested and a fun road.
Now the temperature starts to drop quickly and I can smell the ocean – and bingo – I’m in Crescent City and 67 F.
Posted by Dennis O'Dell at 7/20/2010 04:45:00 PM