I got an early start today – 7:30.
Heading out of Cameron Park I worked my way over to CA 49 that winds it’s way through the Sierra Nevada foothills where gold was discovered in 1849. 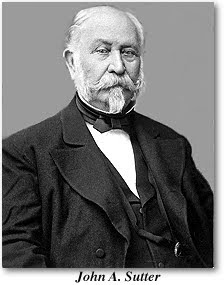 I took a small side trip to the town of Sutter Creek where John Sutter first discovered gold. This gold discovery of course instigated the “Gold Rush” and thus California became the Golden State, attracting all kinds of stange people, including a certain Austrian Body Builder. 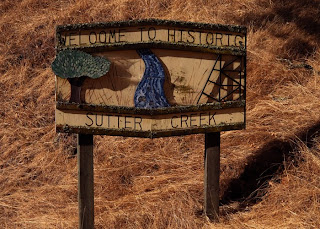 From Sutter Creek I continued on CA 49 and then to CA 120 that leads into the West Entrance of Yosemite. There are small towns along the way like Jackson, Mokelumne Hill, Calavertas, Angeles Camp, Chinese Camp, Moccasin and Big Oak Flat. Some are pretty good size communities and others are no more than a wide spot in the road. All of them started during the Gold Rush.
CA 120 has a step and very twisty stretch about 6 miles long called Priest Grade that takes you into the town of Groveland. 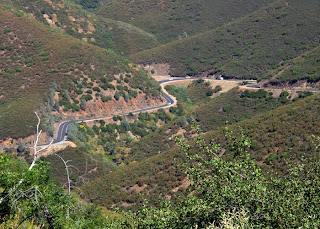 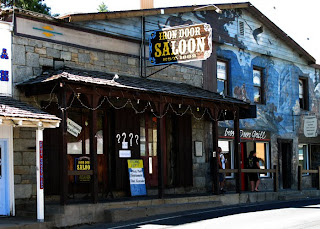 Groveland is the home of the oldest bar in California – The Iron Door Saloon. Back in the old days fire fighting wasn’t too advanced, so the residents built the stores out of stone and installed iron doors to cover the wooden doors in the case of fire. Therefore, that’s where The Iron Door Saloon gets its name – or so the story goes… 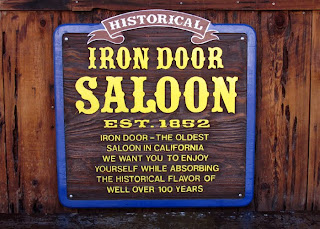 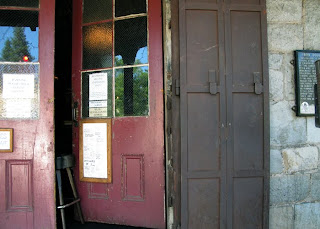 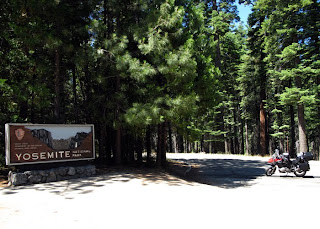 From Groveland, the ride on CA 120 to Yosemite isn’t too far. 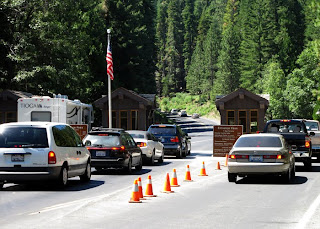 After entering the park the turn off to Tioga Road is about 9 miles – still on CA120. Tioga Road, up to the summit is about 47 miles and full of spectacular vistas. 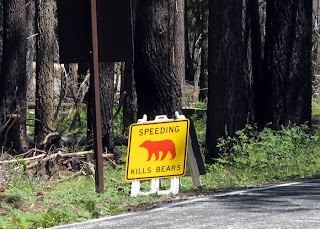 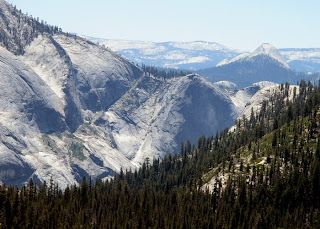 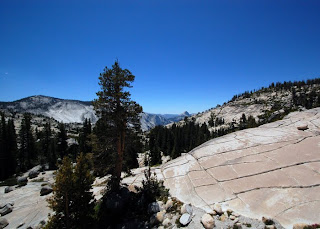 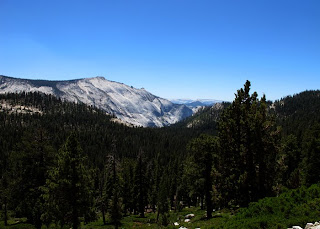 Towards Yosemite Valley from Tioga Road (about 8500 feet Elevation) 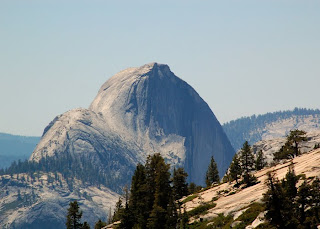 Half Dome from Tioga Road 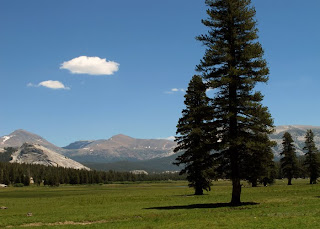 At about the 40 mile point is Tuolumne Meadows. 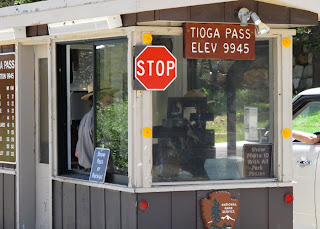 The Park Exit, or Entrance (depending on the direction you are heading) at Tioga Pass Summit is 9945 feet.


From there 120 snakes quickly down in to Lee Vining and connects with U.S. 395 where I head South on 395 to Lone Pine.
The temperature heading to Yosemite and through Yosemite was pretty bearable. It got up to 90° F, but as soon as I started to climb to higher elevations the temperature dropped to mid 70s. As i dropped down to 395 and headed South the temperature started to rise again. When I got to Bishop it was 104° F.
I’m happy to report that my “Swamp Cooler” vest works. This little device is a vest made of some material that will absorb a lot of water. You wear the vest under a mesh riding jacket and the air passing over you causes the water to evaporate and thus keeps you cool. Its not air conditioning, but it sure cools you off.
The landscape on the Eastern Sierras is very much a desert that runs right up to the base of the Sierras. The slope of the Sierras on the East side is also much steeper than on the West side. 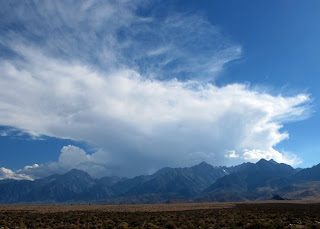