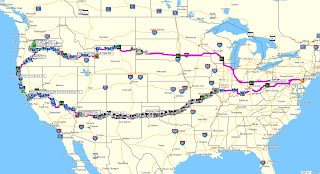 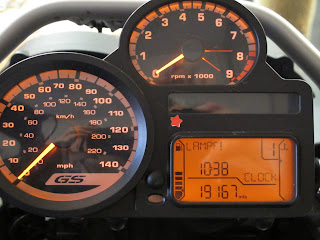 I have to say I'm a little nervous, but also really looking
forward to getting underway and seeing a lot of the U.S. I've never seen before.
Whenever I mention to someone that I ride a motorcycle the first question is usually, "What do you ride, a Harley?". Well no, it's not a Harley (do I look like a Harley rider? I can never figure that one out).


I have three motorcycles right now. Two are rideable and one is in the middle of a full restoration; a 2007 BMW R1200GS, a fully restored 1968 Triumph Trophy TR6C and a 1968 Triumph Bonneville that is under restoration. 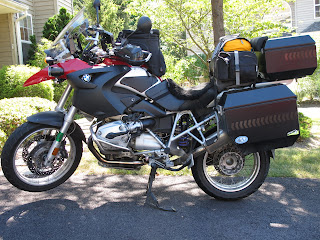 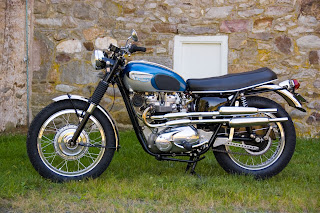 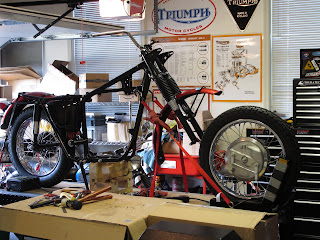 1968 Bonneville (OK- it's got a ways to go)
The BMW R1200 GS is ideal for this kind of trip. It's very comfortable for long distance, handles great on back twisty roads and if you run into dirt roads it's no problem - just keep going.
Next question is usually, "What do you do if it rains? Isn't it slippery and dangerous?". Well, yes, it is wet and a little slippery. Believe me riding in the rain isn't my first choice, but if you stop every time it rains you wouldn't get too far. So you buy riding gear that is water proof. How do I know mine is water proof? I've been able to test it by riding riding several 1000 miles in the rain and it keeps me dry - yahoo. Slippery and dangerous - it's actually not as slippery as people think. You do slow down, but there's plenty of traction. You also learn how to read the surface to figure out where the traction is not so good.
"Are you camping?", is the question that usually follows. Hell no. Are you crazy? I want a bed and shower at the end of the day.
OK - that's it for now. Gotta go. Hopefully I'll be in Dayton about 4:00PM. Stay tuned...
digger